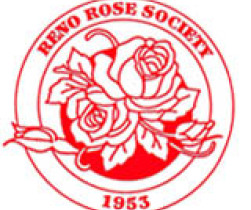 Ring of Fire - Rose of the Month

This is a 2018 Award of Merit article

‘Ring of Fire’ has literally burst into flames on the national scene for home gardeners and exhibitors alike. Created by local hybridizer Chris Greenwood of Glendora, California under the working title of ‘Apollo’s Fire’, it was introduced to the buying public in 2017 by Certified Roses. This stunning orange hybrid tea was one of the most eagerly anticipated releases to the market in years thanks to word of mouth from growers of test plants around the country. Since its release, ‘Ring of Fire’ has exploded on the retail market, having been distributed to top nurseries around the country and literally flying off the shelves

‘Ring of Fire’ was produced from what Chris Greenwood observes was “a happenstance cross” in May of 2007 between Marilyn Monroe and Hotel California. He notes that he had tried using Marilyn Monroe in his breeding program in the past but with no results. Marilyn Monroe presents very little pollen, and no seed had set. In 2007, he harvested numerous Marilyn Monroe flowers and obtained just a small amount of pollen. Since he had a couple of flowers of Hotel California ready to pollenate, he used what little Marilyn Monroe pollen he had on those two blooms. Fortunately, hips set and he was able to harvest about 20 seeds that fall. After placing them in the refrigerator, he planted those seeds in February of 2008.

I well remember the first bloom on this rose, which was really exciting. Chris cut the bloom and brought it to a rose society meeting in a mini bud vase. He passed it around and elicited lots of “ooohs” and “ahhhhs” from the rosarians present. It was perfect – a glorious rich color with lots of substance and perfect, high centered hybrid tea form. It was a small glimpse into the greatness to come for this rose.

Chris notes that subsequent flowering on this rose was even better. With high hopes, he sent some budwood over to Weeks Roses. A small bump in the road occurred when his seedling plant died the following year due to a bad placement in the ground. But Chris really believed in his as yet unnamed orange hybrid tea, and you couldn’t keep a good rose down!

Other top hybridizers took a liking to the rose as well including the great Tom Carruth. In 2010 Tom budded more plants, and he and Christian Bedard continued to evaluate the rose. Another bump in the road occurred in about 2012 when Weeks decided it was not a variety they wanted to continue with. However, the silver lining was that Christian sent 10 plants to the Rose Hills Trials for Chris; and that was where it became a star!